Mahuika’s Tales No 30 The Sandfly and the Mosquito 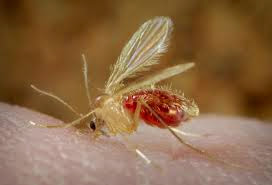 Mahuika once again was at Black Sands with Ahu’s family and she noticed that Maui, Hekeheke’s husband had a swollen face and great red marks on his arms. As she was about to tell her story she said, “Once many, many years ago all creatures lived in harmony but it is said that it was Man that caused the rift between living things and ourselves.”

“The Mosquito and Sand fly have always waged war against man. Sand flies and Mosquitoes are but a feckless lot, as they are at the mercy of the winds; when winds arrive then both Sand flies and Mosquitoes fly to their birthplace where the bracken fern grows for shelter and support. A long long time ago the Ngapuhi people tell us that a new canoe of great size was made through the co-operation of all the creatures on earth. They hauled the great timbers from the forest and many men, animals birds and even insects all played their part in this work. The Sand Fly and the Mosquito were also there doing what they could buzzing around busily. Absolutely no-one was absent.

All who took part in the strenuous hauling job were well fed, all except the Naeroa (Mosquito) and Namu (Sand fly) tribes who received nothing for their services. They were both so cross they determined to spend their lives tormenting mankind for this snub. Up to this time they had never attacked man before.  Namu the Sand fly and Naeroa the Mosquito talked together to determine how they should punish mankind. "Come friend" said the Sand fly, "Let us go now and attack the Man tribe." But Naeroa the Mosquito shook his head and said, "No, let us await the dark of night. Otherwise he will see us coming and he will be prepared."  The Sand fly was not happy, “I think we should take a mighty army so great that it will confuse them and they will be overcome." The Mosquito buzzed with annoyance: "Better it happen at night for then as we approach him if we will raise our voices he will be confused by the murmuring sounds and strike wildly at us while we are still far off. He will even strike himself while we silently dart in and attack." The Sand fly was indignant, "I can see you are afraid, Naeroa, So I will go alone without you."

Away went the Sand fly, gathered his people together, and flew off to attack Man with his mighty army. The Sand flies swarmed around the man clung to him and bit him. But as Man felt the attack he turned to defend himself, and vigorously slapped at the army of Sand flies. Because he could see them with one slap of his hand he killed a multitude of Namu’s army. Hundreds of the Sand Fly tribe fell to their death. Those that got away, fled far from where man lived to hide in the sandy wastes and swamps by the sea where man did not go. Namu the Sand fly reported to Naeroa, the Mosquito: "We lost. Nothing remains for us but the drifting waters and the winds of desolate space for neither numbers nor bravery saved us."

Naeroa the Mosquito and Namu the Sand Fly then sang their lament for the dead Sand Fly heroes who sought to revenge themselves on man. When evening brought darkness to the land, Naeroa the mosquito decided to avenge Sand Flies. He approached Man and buzzed in his ear and Man to ward him off kept slapping in the air, and on his face, his ears, his legs and wherever he thought the insect was.

The Mosquitoes then approached him from a different direction with the same result, with Man merely striking himself while the mosquitoes escaped each time. During the night Man slapped himself so frequently about his ears that he became quite deaf and his anger against his enemies was great. But now that he could no longer hear, the Mosquito folk attacked him in great numbers and with ferocious onslaught. Nothing was heard save the ceaseless song of the Mosquito folk and the slapping of the hands of Man as he hit himself in vain. Morning came and the face of Man was so swollen that he could no longer see and he had great red marks where not only the mosquitoes had bitten him but where he had slapped himself as well.

Maui then spoke, “But why did they pick on me?” At this everyone laughed, but it was Hekeheke who spoke out. “You know why. I said I wanted some reeds to make a basket and when you got them for me the sand fly told the mosquitoes that you were taking their food again and asked them to take revenge.”
However as Maui still looked glum, Ahu said, “I have some ointment that should help but Hekeheke may not like the smell of it, but it will relieve the itching.”
Posted by Old Egg at 00:06