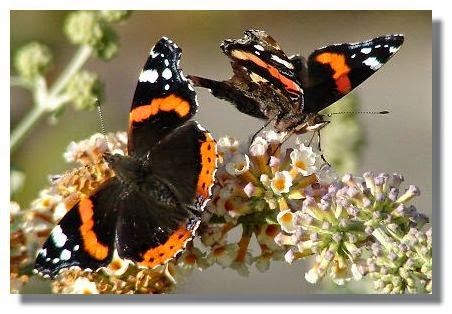 Image of Red Admirals from www.rampantscotland.com
Posted by Old Egg at 23:53 28 comments: 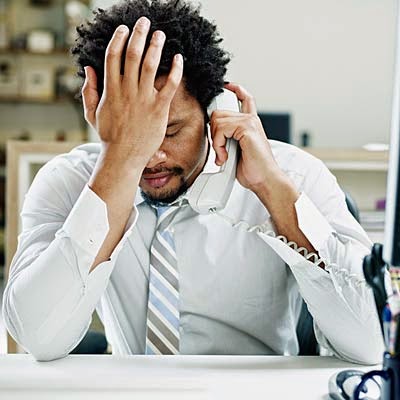 State the time and place
The community centre?
I still care for you

No purpose is served?
Its decades since the break up
How can you say that?

Collaborate please
You’re so uncompromising
So it’s goodbye is it? 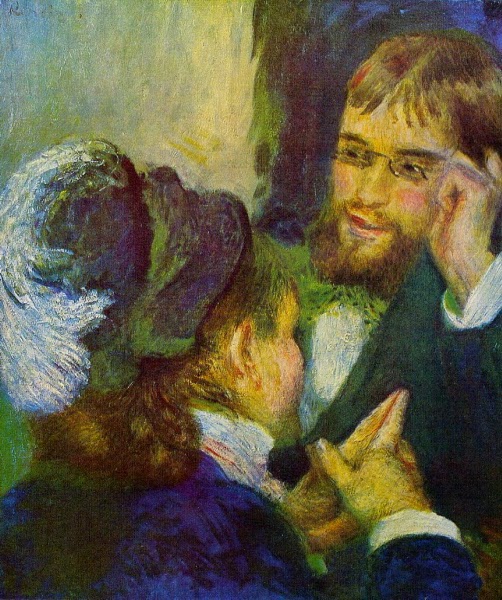 Oh! Who is she, what a blast from the past, did I know her?

There was something about her eyes or was it her hands that rang a bell, a distant nudge in my memory.  Oh, so beautiful it was; like the smell of coffee on a boulevard, the laughter in a passing gondola, the glimpse of a face across a crowded dance floor. Or was it a sweet kiss as New Year was welcomed to shouts and song and she eager, only too willingly offered her lips while on that cruise in the Pacific?

Yes, I knew her but from where and how long ago, I could not fathom.

“I think I may know you” I said tentatively.

She looked me in the eyes, searched them intently, but said not a word but merely shook her head sadly. I wondered,whether that was denial or that she did not wish to remember me nor in fact confirm that I had guessed right.

Finally she spoke, “A thousand years ago you broke my heart”.

Still I could not recall her name or the place or the time.

“You are lucky to have forgotten”, she said then explained, “Yes, we were friends, we talked a lot and we laughed a lot but we did everything together. Our jobs eventually took us in different directions.”

Here she paused to touch the ring on her finger covering it but at the same time turning it too. Was it that she wanted to hide it or even remove it or merely confirm to herself she was now married and shouldn't flirt with me.

Then she said, “You've even forgotten my name haven’t you?”

I shook my head as I recalled my foolishness, I had deceived her. “No, I do remember you now. But if I say your name I will come over and hold you in my arms. Then I won’t let you escape again”.

“I didn't escape; you found someone else and left me crying at the station when you told me. Don’t you remember we adored each other? We were so close but you just had to play the field to make sure.”

She had by now stopped playing with the ring; it had clearly worked its magic and she became a happily married woman once again.

Just then a man walked up and said to her, “I am so sorry I am so late”. He looked at me a then back to her quizzically.

“This is just an old friend from when I was young and stupid. We used to play tennis together”, she explained.

He nodded at me and I tried not to look at him as I bade her farewell saying “Perhaps I’ll see you again in another twenty years.” Then I strode away carrying a big bag of memories and regrets.
Posted by Old Egg at 00:29 7 comments: 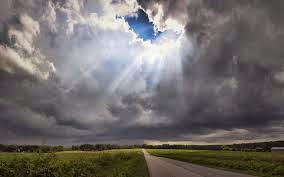 I am not heartless
But is life bearable when
Mixed with grief’s cruel sting?

No love without loss
Seductive entanglement
Such sweet surrender 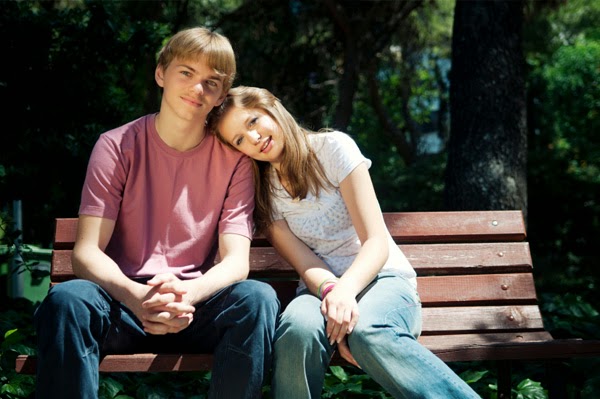 Sadly the bell rang
“May I walk you home?” I asked
In reply a nod


Image from www.sheknows.com
Posted by Old Egg at 22:32 7 comments:

The breeze blew in from the sea 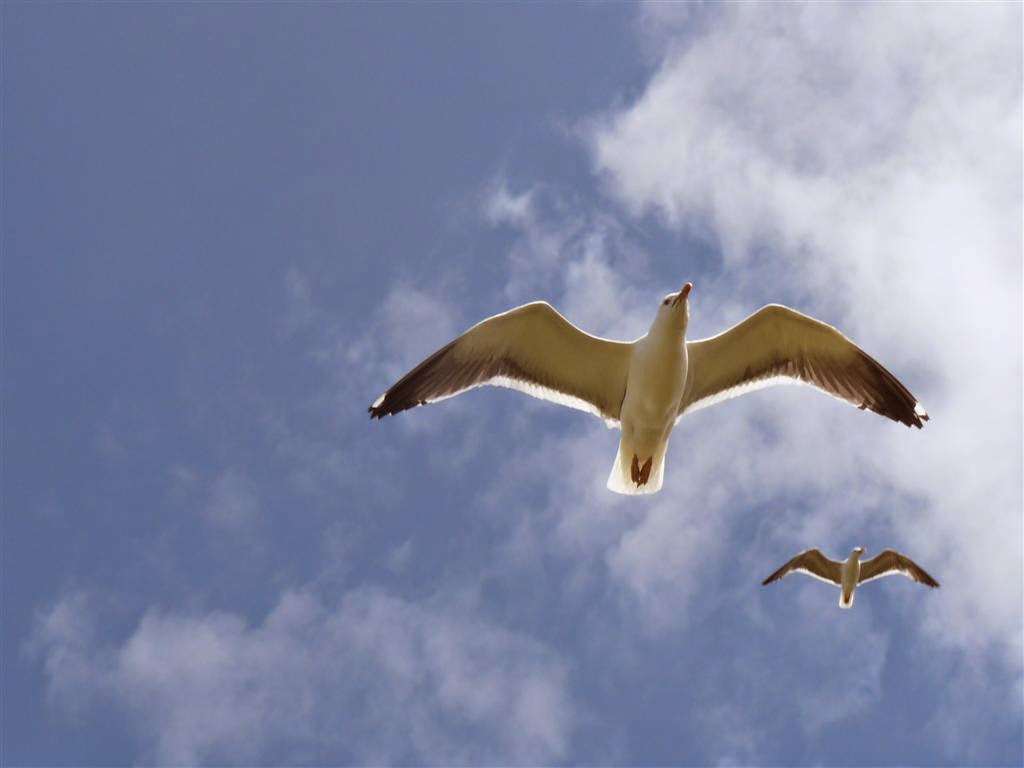 Long absent from this shore
my bones had told me
that this longing, this yearning
within me was the call of the wild
I knew that language well
that salty tang of the ocean
a constant rhythm of the waves
the beating of the surf, and you

Image from www.isleofmaymmr.wordpress.com
Posted by Old Egg at 20:10 27 comments: 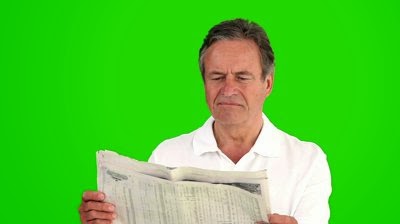 The seeds have been sown
For newspapers destruction
Why do I feel sad?

Image from www.shutterstock.com
Posted by Old Egg at 23:12 4 comments: 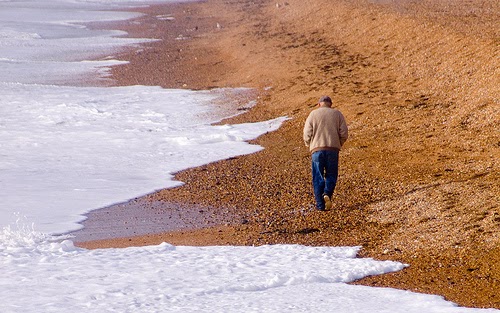 Image from www.caperfrasers.wordpress.com
Posted by Old Egg at 15:01 7 comments: 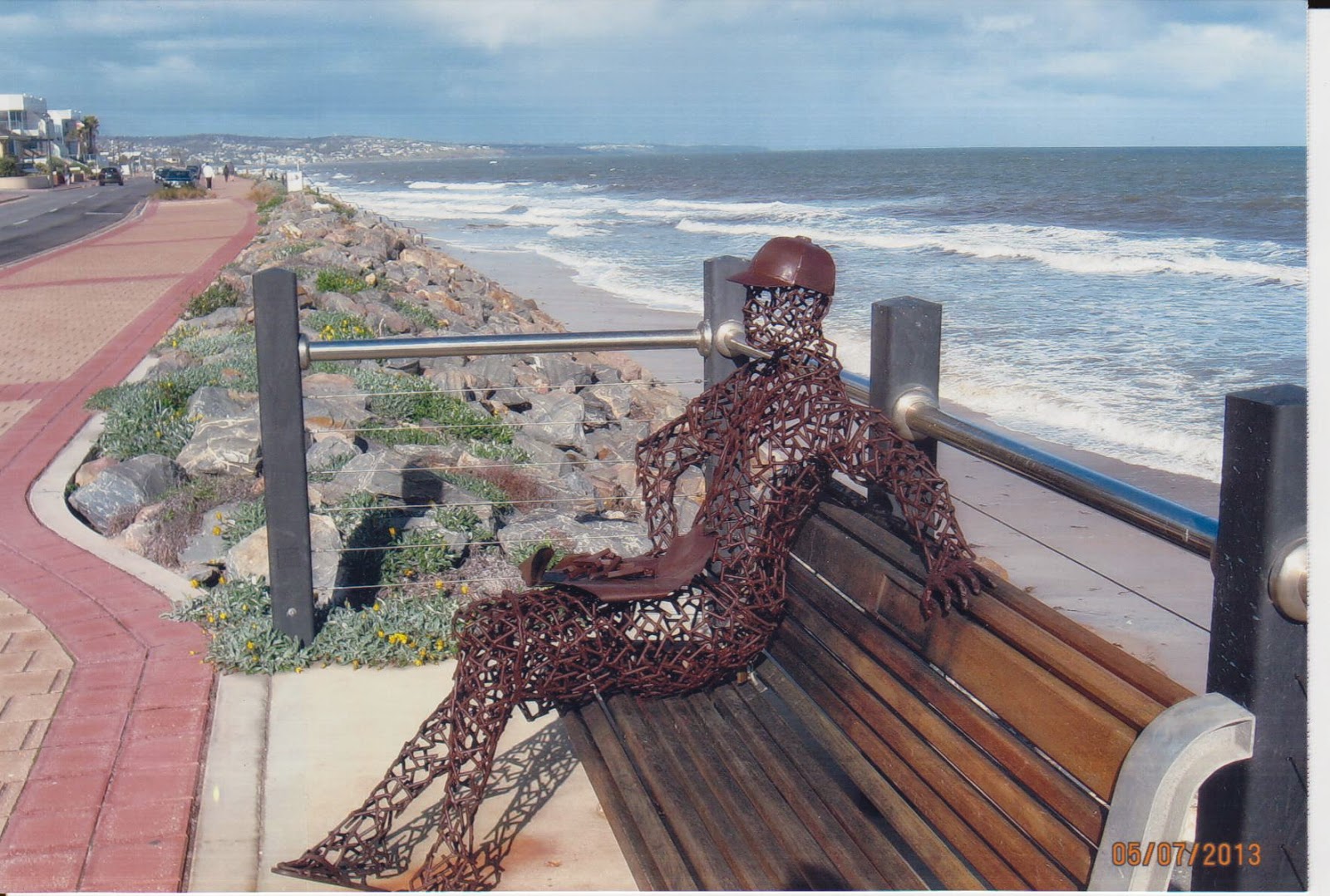 What if she came when I was gone?
Who would say I still grieve alone?
Perhaps I’ll tell that man up there
Why does he forever inland stare?

Perhaps like me he lost his love
Long waiting there ne’er to move
Lest she come like me to walk again
To meet and ever end our pain
Posted by Old Egg at 19:33 5 comments: I always had a love
of the smell of oranges
a sign that those grey days
were gone after a lifetime of war
Oh, what grand plans we had
once reborn in a land of peace
after years of abomination
flirting with cruel fate
Like one of the demimonde
after fighting for freedom
we forbade it to others
our African and Asian brothers
they downtrodden while we lit
candles of hope for ourselves
denying asylum and love
as evil transgressions
and strange allegiances
in the name of national interest
were chanted like
some strange rites in
a behaviour that I myself
wanted no part of
so today I can still
smell that orangy tang
but now I weep sadly as
some strange hand
sweeps across the land
and carves senseless borders
into the lives and minds of mankind

Image found at www.kyrinhall.com
Posted by Old Egg at 05:32 15 comments:

This child in my arms 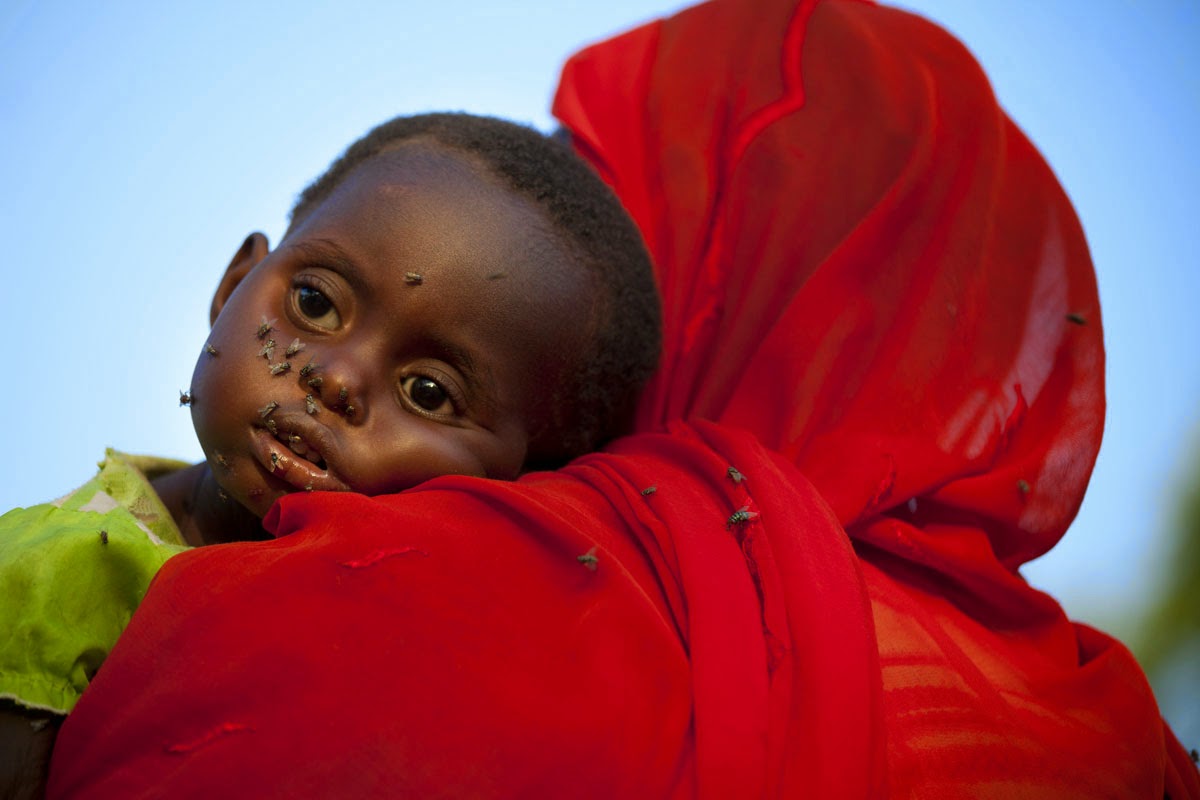 How many sleeps do we have to sleep
laying there for that promise to keep
that no child will be born in poverty?

How many nights do others lay awake
dreaming of play and pieces of cake
while we sleep on soundly?

How many days do we see the dawn
Yet others don’t soon after they’re born
while we can get up uncaring?

Would you please tell me, someone soon
as to this child in my arms I croon
why is your life of more value than theirs

Image from www.darkroom.baltimoresun.com
Posted by Old Egg at 23:44 24 comments: 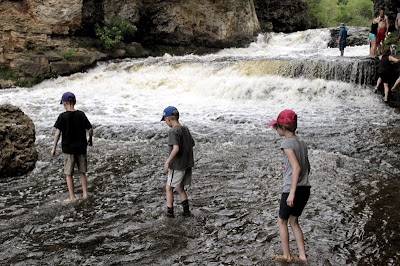 
Note the Australian term Lollies can be translated as Bonbons (Fr), Candy (US) or Sweets (UK)

Image from www.wisconsinparent.com
Posted by Old Egg at 23:43 5 comments: 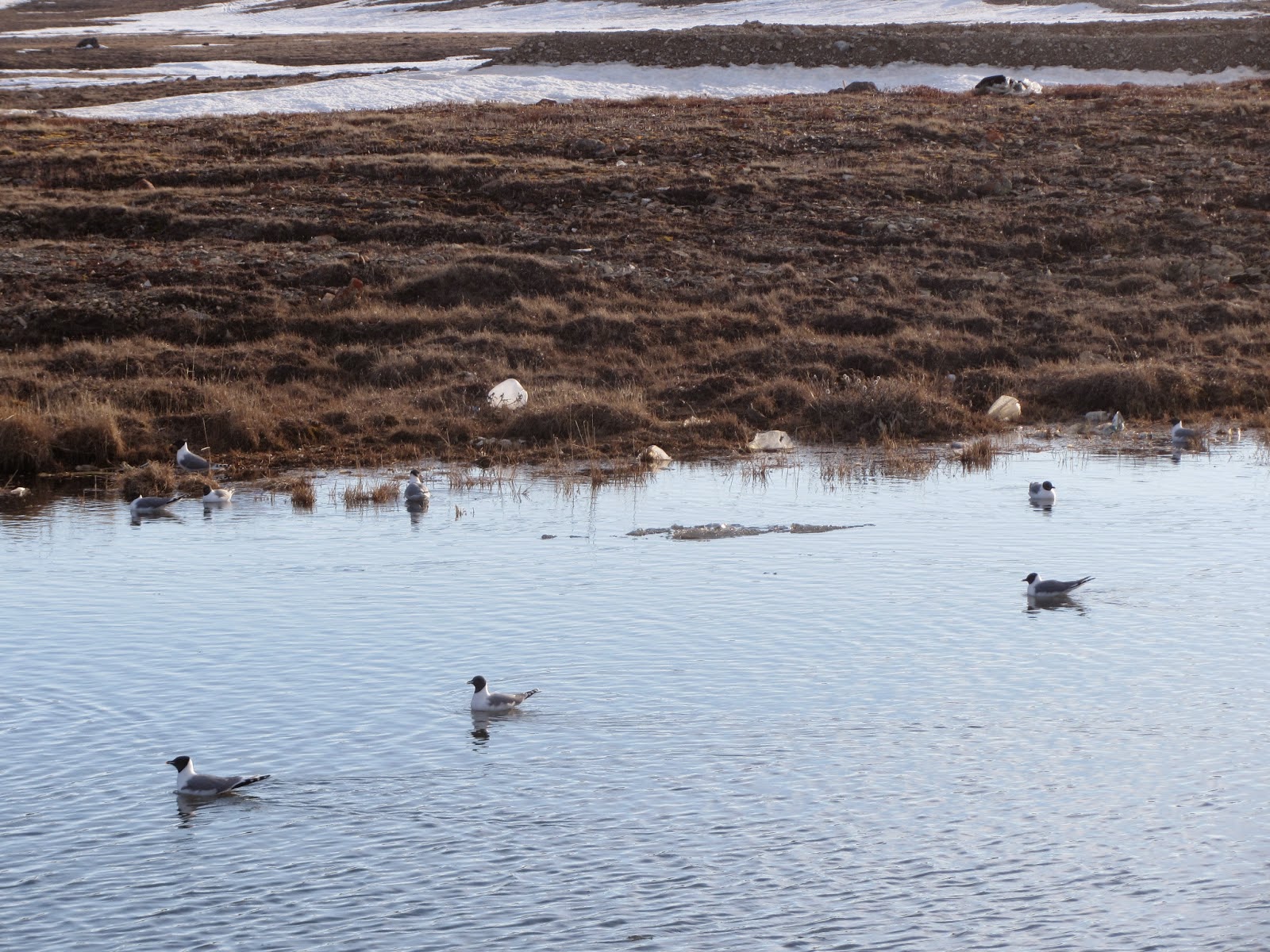 She wasn’t normally squeamish but she wrinkled up her nose with disgust. Since fleeing their home a few hours ago her husband had taken them not with the other straggling band of inhabitants from their village on the main road south but across country to the east. He had chosen to escape from the mercenaries this way as they would not be so obvious. A ramshackle crowd of people moving slowly in front of an advancing army was in his mind foolish to the extreme.

He had taken them to the sewage pits on the far side of town. All was still and quiet there as they sat down to rest and looked across the pools of water where hundreds of birds had gathered looking for food. As they sheltered in the bushes the nervous creatures got back to their fossicking. Egrets, a few swans, and ducks by the dozen. Around them as she pulled open her clothes to offer her breast to their little girl, other smaller birds, confident that they meant no harm came out too while swallows swooped low over the water flicking their heads as the picked up insects in flight.

She became accustomed to the smell and felt less squeamish now that he had chosen this route to escape. She watched him as he held their boy and pointed the birds all around them. He had told her they would cross the hills to seek their freedom. She looked sadly at him talking with the little boy. Freedom was a foreign word it meant nothing as they had never experienced it. Being of a religious minority meant they were welcome nowhere. They all worshiped the same god but it was the way you did that stood you apart. Governments were invisible to them they were merely represented by the military who were godless anyway. So they had to flee or face eradication.

He husband turned and pointed to the hills. They were on the move again. Both she and her husband picked fresh leaves and berries from the bushes and ate them as they walked along. There should be water there he had said for it rained more on high land. So slowly they approached the high country. He kept saying “Eat, eat!” to her.

“Because you may have to feed the boy too”.


She lowered her eyes and understood. Their son was only three, already weaned but they had to stay alive somehow and he was desperate that they all got to safety. She had never really thought whether he loved her or not, as their marriage had been arranged but now seeing that certain look in his eyes. She finally knew what love was.

She's in the Caribbean 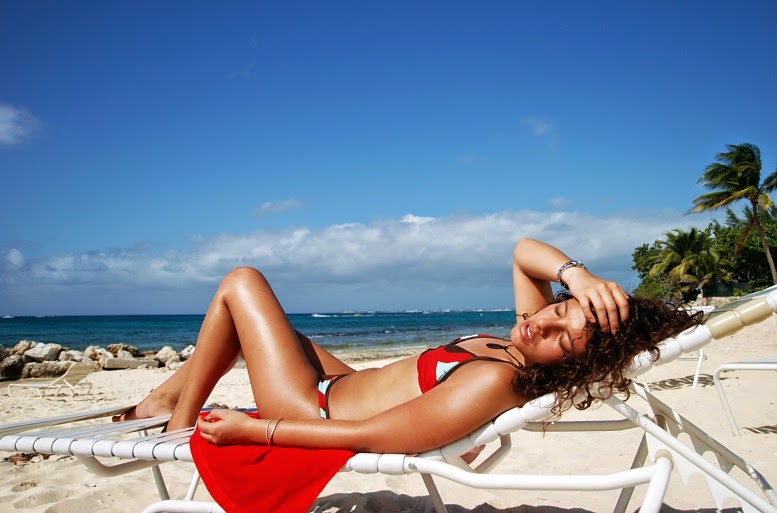 She was so cheeky
So pretty this girl of mine
Oh, she was divine

I’ve no companion
She’s in the
Keeping others warm 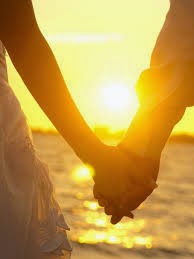 So are you my Juliet?
Or like Ophelia in water drowned?
Maiden still, yet untouched, unloved

For I am no Romeo
Nor Hamlet yet
No, that is not the case

For with me you are the light
Eastward, both sun and hope rising
Just look my way my precious

So then the sight of you,
The sound of your voice
And that exquisite touch will

From that grain, sprout love
From this yearning
And all my parts will gladly sing 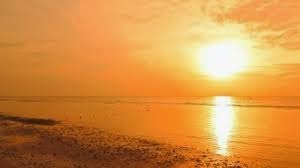 Our forbidden love
Beautiful but dangerous
Sweet and compelling

Touches so tender
Our bodies all entangled
Kisses to die for

Image found at www.babble.com
Posted by Old Egg at 01:04 7 comments:

Night still has her way 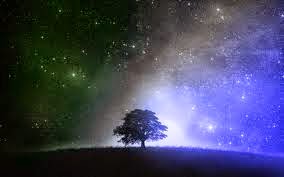 Then day’s vicious stare
No longer threatens me, for
Moonbeams skip and play 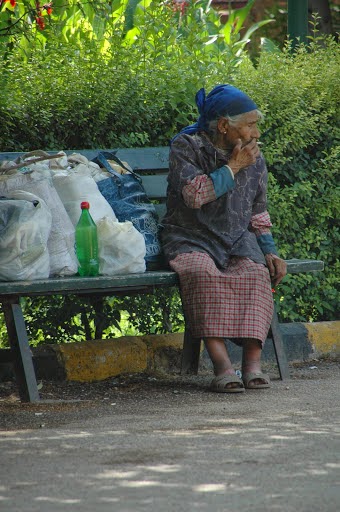 Image from www.sodahead.com
Posted by Old Egg at 23:12 10 comments:

Making an ass of myself 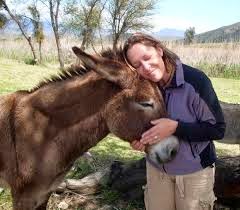 I’m not flamboyant
I’ve no appetite for words
How can I woo her?

Flattery’s not me
I have no gift of the gab
How can I impress?

Jumbled loving words
May cause her irritation
And point to failure

“Stars high up above
How can I signal my love?”
“Sun, how can I shine?”

How soft are her cheeks
How warm are her caresses
Now who's a donkey?

Image found at www.portfoliocollection.com
Posted by Old Egg at 19:19 31 comments: 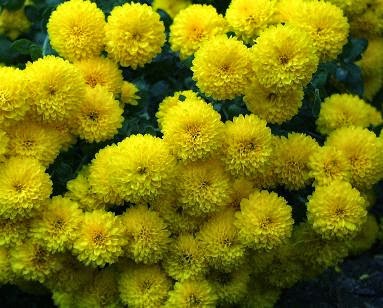 I have always loved
Marigolds exuberance
Many golden smiles

Nodding constantly
Saying I am still with you
Wherever you are

Image from www.hoperobbons.blogspot.com
Posted by Old Egg at 00:53 6 comments: