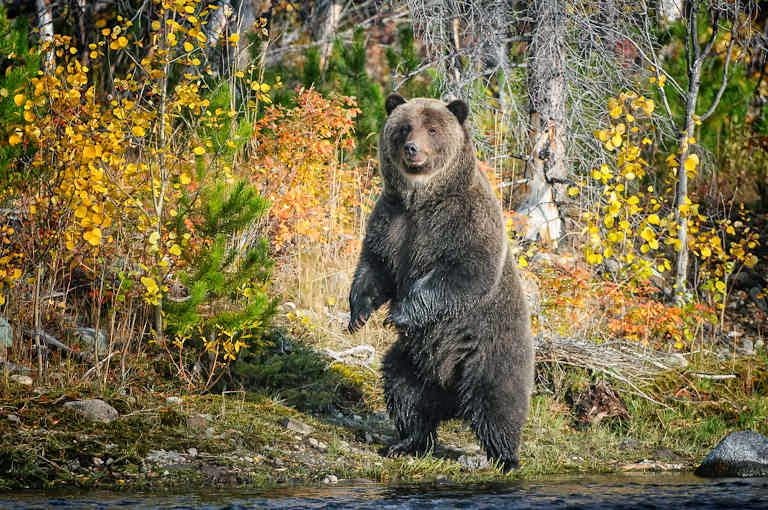 The bears were back. It was late autumn and the leaves were falling from the trees. The men could hear the roaring of the beasts in the forest and it wasn't safe to hunt there any more. It was difficult to argue with a bear especially an angry one. Mind you they were angry all the time “Much like Yum” thought Dum with a smile. He then glanced at her and saw the frightened look on her face. Now that she had Wah-Wah she had softened and her eyes spoke different words from those from her lips especially with him. She knew now he was a good husband and father.

The men talked among themselves but the women already knew that they might have to leave the cave that winter. They had either to fight the bears or give up their cave to them without risking a confrontation.

Somehow they had to find an alternative home because it was not easy to argue with an angry bear and even less with an angry mother bear. Some men suggested they join up with the other tribe who lived in the mountains. Some wanted to go south where it was not so cold but where food was scarce.

Dum didn't say much merely saying they should wait until the bears chose their cave. Grunt looked at Dum and saw a twinkle in his good eye.

“What do you think we should do Dum?” he asked.

“Let them look at the cave first, it may not suit them.”

“What are you thinking of doing?

“I think we should gather a lot of wood for the fire. It will be cold in the winter. It doesn't matter if it is still green it will eventually dry up; especially if we keep it inside the cave.”

“But what about the bears?” asked Grunt.

“They will decide if they want to stay when we have gone.”

Dum wouldn’t say any more but suggested they collect a lot of firewood and kindling and keep it near the entrance of the cave and even put some inside to start drying out.

It was not long before the bears came and growled with annoyance to see the cave occupied. It was lucky that few people were inside when the first bear pushed his way in through the low opening. They could see the bear and the bear could smell them and that small advantage allowed them to escape before it seized them. It was not long before a few roars attracted his mate and the bear family had settled in the cave.

All the cavemen gathered together to work out where they could spend the night.
At Dum’s suggestion they built a few fires and slept inside their perimeter with two of the men keeping watch. “We must not let the fires go out” shouted Dum.

When it was Dum and Grunts turn to take watch they talked for a bit then Dum said he would go for a walk. He took a fire brand with him and close to the cave entrance he could hear the snuffle snorts of the bears inside so he set fire to the piles of branches and leaves that he and Grunt had place by the opening and then threw the flaming brand into the cave to burn the timber inside as well. With that he ran as fast as he could back to the encampment. Before long everyone had woken by the roars of the bears inside the cave who overcome by smoke were prevented from leaving by the fire at the entrance.

Grunt with a worried look asked Dum “Won’t they come and chase after us now?”

Dum shook his head “If any escape they won't come towards another fire will they?”

In the morning they checked the cave; the bears had not escaped but had died from the heat and smoke. Yum was very pleased. She went up to Dum and asked whether they could use the bear skins.