Dum and the wanderers (Dum tales 18) 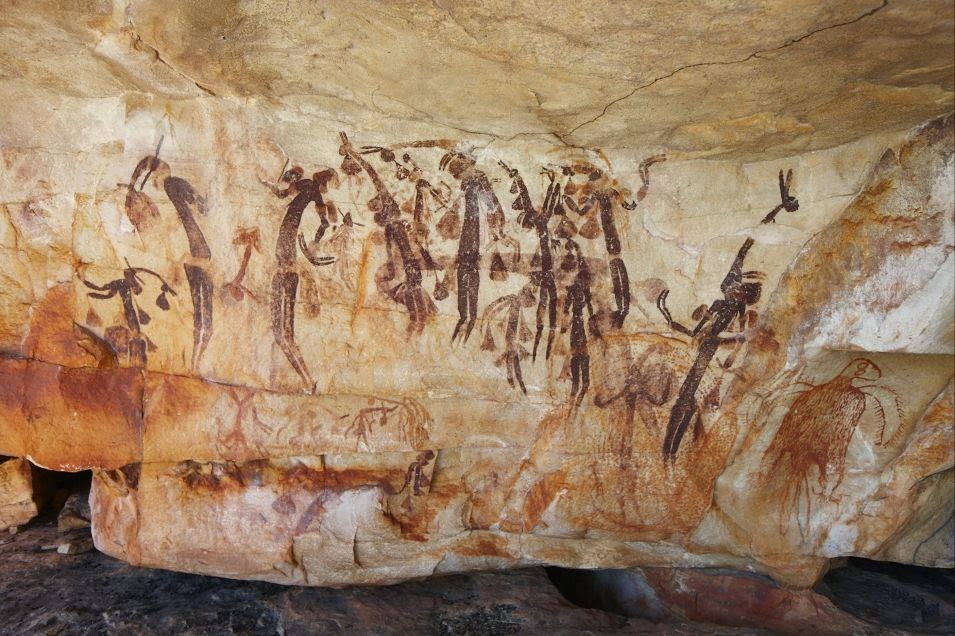 The numbers living in the cave had risen and there were grumblings in the cave as some of the men wanted to move away. They were not happy staying in one place all the year round. They were the wanderers as Dum called them. They never wanted to stay in one place for long thinking that there was always somewhere better to hunt or fish or steal women than where they were.

The danger of not wandering like many others was that food and water had to be available all the year round. Many of animals and birds came and went with each season and winter was very hard when those that were left were thin and hungry just like them.

Each year a few would drift away, some would return a few weeks later with tales of hunting and the chasing and trapping involved. Dong and Grunt were tempted to go but Yum felt safe with Dum who always seem to come up with ideas of how to find food. He had invented the fish trap and the basket and he had rid the cave of bears. Even the other men in the cave had made stone axes like his rather than just use a spear. The spear was good but when thrown you might have retrieve it from an angry animal who was keen to stay alive. In fact a few of the men now carried two or three spears with them when they hunted.

Dum talked to Yum about moving. Yum thought about it for some time then shook her head. “If we wander like the others it is hard on the mothers with small children, but worse with toddlers like Wah-Wah who are heavy to carry all the time and cannot keep up with the adults. We feed ourselves quite well here and with some leaving, the hunting close by will be easier.”

Dum bent over her and touched her face with his fingers. She looked up at him and smiled “There is one more thing; we have another baby on the way.”

“Good”, Dum said simply as he stroked the hair on her head.

When Dong heard that Yum was staying she looked a little disappointed. She was silent for a bit then said. “Perhaps little Bonk and I will stay with you too. Dum will look after us all, won’t he?”

Yum shook her head laughing “No, not in that way he won’t”.

Dong blushed, laughed too and shook her head, “No of course Grunt will agree to stay as well, he likes Dum. We have never gone hungry with Dum around.”