Mahuika's Tales No 32 The Kaka and the Kea 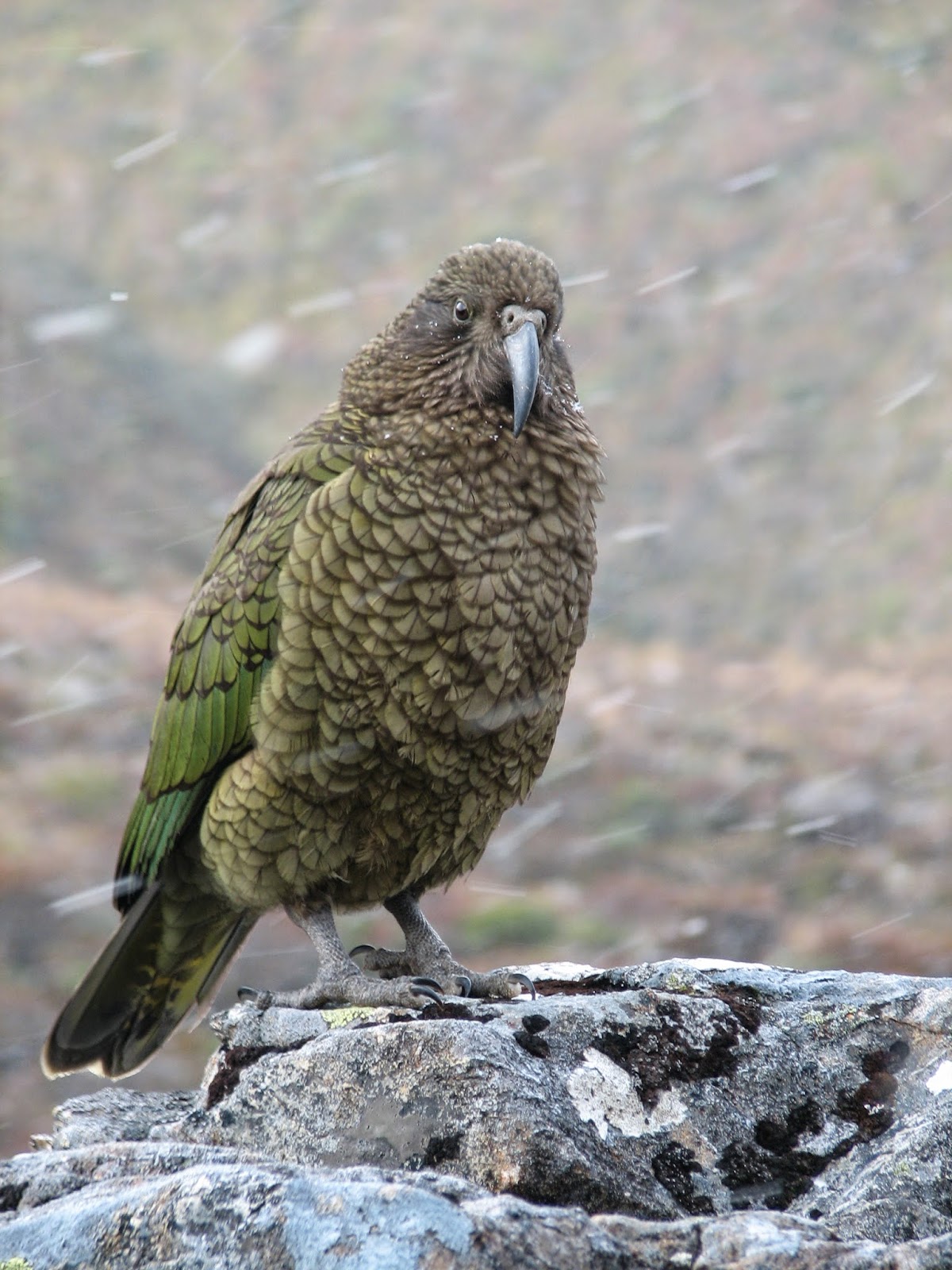 Once again Mahuika was visiting Black Springs and she had gone to visit Hekeheke in her whare. She heard laughing inside and so sang out to her to tell her that she was there. Hekeheke came out with baby Tamahika in her arms and she was still laughing.

“Come on in Mahuika” she said rubbing noses with her. I was just telling of the story Hinewai told me about the Kaka bird that she heard when she lived at the village in the forest.”

“Is her former husband still there?”

Hekeheke shook her head, “The pakeha have taken over logging the trees there, the forests have been stripped nearly bare and he now lives with one his former wife's sons. The Kakas do not call there any more. I should like to go back to Rotorua to see if there are any there still.”

“You should”, remarked Mahuika, “Now please tell me the story.”

They sat down outside and Mahuika held little Tamahika in her arms as Hekeheke began her story.

“One day the Kaka was flying away from the forest for change when he saw the Kea who in those days had bright red plumage on his body which was admired by all the other birds. The Kaka wished he has such beautiful feathers and when the Kea was resting, the Kaka sidled up to him and before the Kea could defend himself the Kaka stole his bright red feathers from him leaving him some of his own and quickly flew a way.

The Kea jumped up and tried to chase the Kaka but with some feathers short he couldn’t catch him. So the poor Kea had to manage with the Kaka’s dull feathers that were left but he determined that one day he would get his own back.

The Kaka knew that the Kea would search him out so he carefully placed the bright red feathers on himself under his wings where they would not show unless he was flying. To do this he decided to live in the forest and spend his life hiding there among the trees.

Eventually the Kea came to the forest where the Kaka lived and found him perched high on a branch.

“I want my feathers back, Kaka, you stole them from me.”

The Kaka looked down at the Kea keeping very still, “Foolish bird, you can see I do not have your feathers on me.”

The Kea stared hard at him and reluctantly turned away and flew back home as he could see none of his feathers were on the Kaka. With the Kea gone, the Kaka was able to fly again and show off his red under his wings”.

Baby Tamahika had fallen asleep in Mahuika’s arms. “Thank the gods I have you Hekeheke, you have fulfilled all my hopes and dreams. You are the daughter I longed to have.”
Posted by Old Egg at 23:16