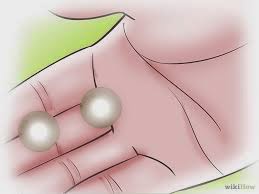 Last week there was a request for a sequel to the story "The girl in the reeds" this is it.

“Do I know her”, she asked
“Is she one from the village?”
He bowed and shook his head then spoke

“I should not have looked on her
nor she on me, but we did.
Bel comes from the hills to the north”

Dare to visit her people Gor,
and take an offering for her parents
to show them of your respect”

Gor shook his head again in doubt
“They’ll refuse me and the gift I offer
and then they will surely punish me.”

“Go soon and I will tell your father
lest he dissuade you with men’s tales
for I see nor harm in this, only good

Was that a pigeon, is that crow?
Gor alert, thought that meant he’d been seen,
but still no-one barred his passage

Smoke scent signaled habitation
his heart now fluttered with fear
each sound, each squeak was a puzzle

The children ran off to report his coming
soon a querulous crowd surrounded him
“May I speak to Bel’s father?”

Before he could speak, a finger
went to the father’s lips then in the air
indicating they wait for another

“You were expected” her mother said
“Bel told me that you would be sure to come
but we did not think that would be so.”

“You speak our language well” Gor said.
“As well I might, as I too am from the shore
And now you want to return a part of me there.”

“I do, I want Bel to be my wife”
The mother then spoke to the father
who looked at Gor and shook his head in doubt

“I come in friendship with a gift"
He looked at Bel "should she be willing”
Both father and daughter nodded and agreed
Posted by Old Egg at 00:04